Just in time. Justin Thomas. On Sunday, the final golfing major of the year went the way of yet another of the American young bucks and deservedly so, enhancing the growing reputation of what is emerging to be a golden generation of young American golfers.

First Brooks Koepka, then Jordan Speith and now Justin Thomas. The final three majors of the year all heading in the same direction across the pond. 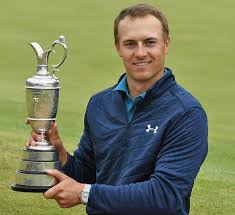 The US PGA at Quail Hollow was yet another captivating and spellbinding golfing major which was very much in the balance until the final few holes. Thomas, like Koepka and Speith before him, remained patient, kept his head when all those around him were losing theirs and triumphantly secured his place in history.

Another golfing masterclass from another young master and this was no great surprise. If not Thomas, it could have easily have been one of his fellow young compatriots, Rickie Fowler or Patrick Reed.

The golfing landscape is changing and evolving. There is a new order in American golf, indeed world golf. The glory days of the likes of Phil Mickelson, Tiger Woods and  Bubba Watson appear over and the new guard of Thomas, Speith and Koepka are being ushered in, not forgetting of course other recent major winners including current World Number One, Dustin Johnson and Jimmy Walker. In addition there are those ‘knocking on the door’ including Fowler, Reed and Daniel Berger.

Of the older guard, Zach Johnson and Matt Kuchar are still playing quality golf yet are clinging on by their finger nails, not quite heading off into the sunset just yet as this new dawn of precocious talent emerges.

It feels very much like this new talent is here to stay and will dominate world golf in years to come. Success is infectious and whilst they all seek individual glory, they are spurring each other on and sharing in each other’s victories. It was very noticeable how both Speith and Fowler were sitting on the 18th green as Thomas finished his round and were among the first to congratulate him on his success. 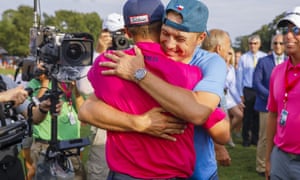 It was good to see. They are all great mates, and have been for years. They holiday together, fool   around and play pranks on one another like  college kids, without a care in the world. Such joyful camaraderie appears new to American  golf but by golly it is having a big effect. One only hopes that Rickie can emulate his pals  before too long and win a major too. Surely it is  only a matter of time and if he does his mates  will be there to laud him. It is hard not to like them and their joyful nature and enthusiasm, allied to meticulous preparation, outstanding skill and respect for the traditions of the game.

The next US Ryder Cup team is beginning to look invincible already and the rise of this outstanding crop of individuals is arguably being mirrored by a slump in the once golden generation of English golfers.

Only 5 years ago, England regularly had 5 players in the world’s top 12, with Luke Donald and Lee Westwood once being number one and two in the world, with Paul Casey, Ian Poulter and Justin Rose close behind. 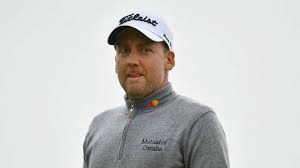 As they have grown older together and their form waned, the next crop of young players have not progressed as much as might have been hoped. Whilst Tommy Fleetwood has made great strides this year, the likes of Ross Fisher, Andy Sullivan, Tyrell Hatton, Andrew ‘beef’ Johnston, Matthew Fitzpatrick and  Chris Wood have performed well on occasions but only sporadically and none have looked remotely like winning a major. Danny Willett was very much the exception with his surprise victory in the US Masters in 2016 following Jordan Speith’s meltdown, since which time Willett’s performances have fallen away markedly and he is now only ranked number 50.

Golf, like most sports, is cyclical in nature with different nations leading the world at different times. There is often no rhyme or reason as to why that should be and many theories prevail, often related to investment and funding in youth golf, yet arguably heroes play just as big a part. It is perhaps no surprise that when Tiger Woods was taking the game to a new level 10-15 years ago, the current crop of outstanding American golfers were in their formative years and being inspired by the colossus that Tiger once was. 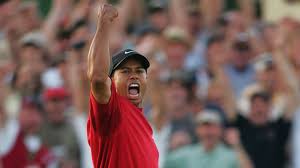 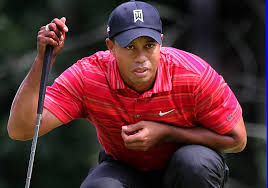 And now, as the likes of Speith, Johnson, Koepka and Thomas are winning majors, more heroes are being created and in so doing, encouraging a new crop of American kids to take up the game.

Success is self perpetuating and for American golf, the future looks in very safe hands indeed, with not just one hero but a hatful. A golden generation indeed.

Posted in Sports and tagged Golf