Skip to content
Saturday 11th August. It was 7.25pm and a group of athletes emerged in single file from beneath block 244, all wearing the colourful tracksuits of their nation. They followed the ‘games makers’ into the arena and made their way slowly to the start point on the back straight. Whilst the women’s high jump had started, this was the first race of the evening.
The crowd rose in collective excitement, for these were the finalists for the men’s 5000m and there he was, in the middle of the line, the man everyone in the stadium had come to see, the name on everyone’s lips, Mo Farah. 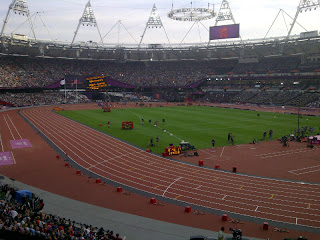 Word got round and within seconds everyone in the stadium had seen him and the roar was deafening. The atmosphere was transformed, from an excited chatter and an expectant buzz to a cauldron of noise and colour.  Union flags filled the scene. The messiah had returned to his people, to the stage where had illuminated the world only one week before, when he won the 10,000m.
Mo waved to his followers in acknowledgement and appreciation of their support and he received a rapturous welcome in return. Never before has there been such a wall of sound to greet an arrival to the track.
It felt like the race was only about one man, and to most of the 80,000 expectant souls it probably was. Indeed extend that to the whole nation, for a victory to Mo would be the most amazing climax to the athletics, and indeed the Olympic Games as a whole for Great Britain.
Such pressure on one man’s shoulders. Could he handle it? Would he be too exhausted after his exertions of the week before? After all, he looked laboured in his semi final on thursday and admitted to feelings of tiredness after. Would he have the desire after last week’s gold medal? Would he have the fight to push himself through the pain barrier once more? So many questions. Would Mo have the answers? In a little over 13 minutes we would know.
Nervous tension filled the air, it was gripping and inescapable. This was no place for the faint hearted. The gun fired and off they went. 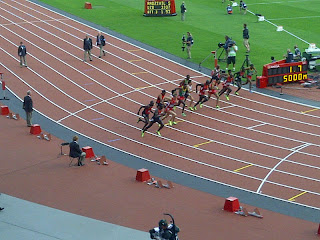 It was a slow cagey start. Mo began at the back of the field, the crowd were concerned for him, did he look on his game? Was he a little long legged? Fears quickly grew, Mo sensed it and relaxed everyone’s nerves and took to the front, maybe he was all right after all.
The race ebbed and flowed. No-one was prepared to take it on and Mo looked relaxed as he shadowed the leaders. But how did his sprint finish compare to the others? After all, this was a world class field, many of whom had run far quicker over this distance than the local hero. Nerves heightened, pulses were racing and hearts beating faster. And this was only in the crowd, who only knows how Mo was feeling?
The African presence was strong and threatening. They looked dangerous and hungry. Mo looked small and fragile. You feared for him.
With 600m to go Mo took the lead again, but he could not get away. As the bell chimed, it seemed anyone’s race. Mo was at the front but there was still a long way to go.  The roar of the crowd became louder and louder.
With 200m to go, everyone was on their feet, screaming, yelling, shouting. All common decency and respect for fellow spectators had long since gone out of the window, the crowd were in a fervour, it felt like life or death. This was all about one man. Could he do it? You could not hear yourself think for the cacophony of noise. Mo was still in front, just, but surely he couldn’t stay there? Or could he? 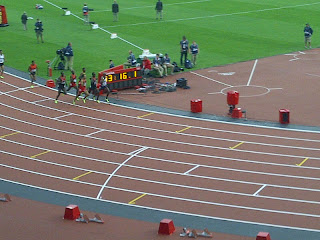 With 100m to go he had stretched his lead to a few metres, but had he gone too early? Did he have anything left? And then came the man in green, Ethiopia’s Dejen Gebremeskel, so strong, such pace, was he going to break a million hearts? He closed on Mo, who suddenly looked vulnerable. Come on Mo, come on, the crowd noise rose to a crescendo.
And then the response, the grand finale, the time had come for Mo to show his true class as he shifted into another gear and within seconds he moved away from Gebremeskel and the gold medal was his. It was a magical moment. You could feel the hairs on the back of your neck rise to the occasion and the emotion of it all. Mo raised his arms into the air and his smile was one of amazement and joy, one which will surely fill a thousand papers.
It was an unbelievable finish to an intense and monumental race. The feeling around the stadium was not one of relief but one of celebration, such excitement for the achievements of one man and further, the knowledge for those present that they had witnessed a moment of true greatness. A moment when Olympic history was made. It will never be forgotten. Mo Farah has run himself into the history books and in doing so has confirmed his status as an Olympic legend. 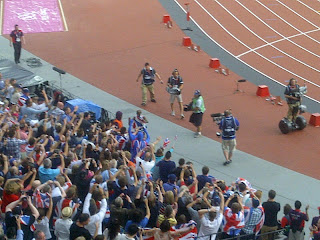 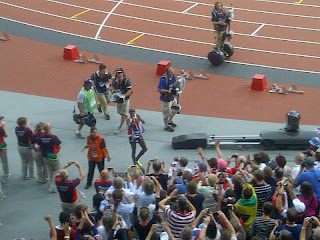 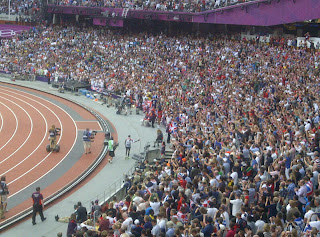