Ian Holloway, the QPR manager, can never be accused of lacking passion. He always wears his heart on his sleeve.  However, he is often accused of lacking tactical acumen. Not today. He read the situation perfectly this afternoon at Loftus Road, making several attacking replacements and changes in formation, which ultimately resulted in late goals for his team from substitutes Matt Smith and Idryssa Sylla, and a 2-1 victory. Loftus Road was rocking. Take a bow the manager. 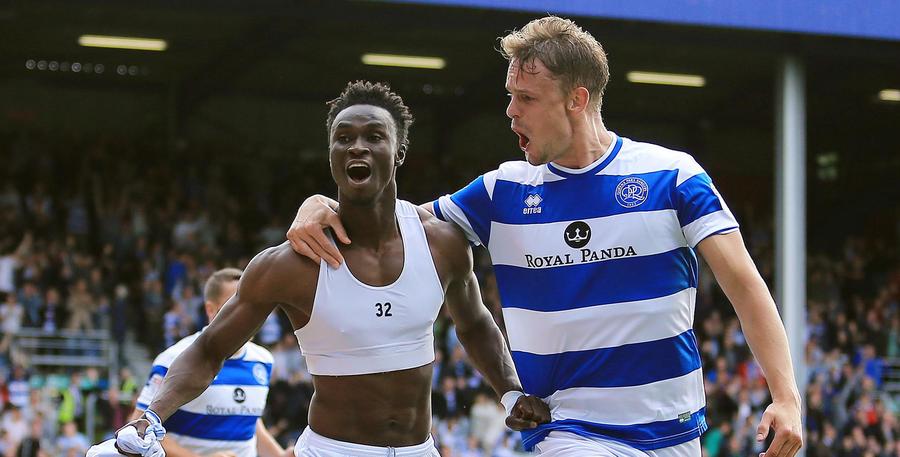 In many ways this was a strange match. Rangers started full of positivity, playing some neat one touch football and creating openings, one of which should have been rewarded with a goal for Luke Freeman from a Conor Washington pull back but he placed his finish wide. They were made to pay for this miss on 35 minutes when Hull City scored a soft goal through Jarrod Bowen, who somehow slid the ball in from a very tight angle.
What happened at half time effectively altered the course of the rest of the match. Hull’s Russian boss Leonid Slutsky decided to withdraw striker Fraizer Campbell and replace him with an additional centre back, Ondre Mazuch, taking the safety first approach of  holding onto what they had. This defensive approach effectively conceded all possession, territory and initiative to Rangers and it became largely one way traffic as Rangers attacked at will.
Whilst Hull’s defence seemed relatively secure in  the opening phases of the second half, Holloway seized the initiative offered by this change of approach from Rangers’ opponents, and sent on winger Pawel Wszolek plus strikers Smith and Sylla, as well as a piece of A4 paper outlining the new formation for his players to read and digest. Two at the back is not text book but when has Holloway ever been that ? The piece of paper played it’s own important part in proceedings.

All of a sudden Rangers had attacking options from all quarters. Skillful probing from the outstanding Massimo Luongo, Freeman and Josh Scowen, allied to the height of Smith and latterly Sylla, allied to the pace of Washington and Mackie and a threat out wide from Wszolek. It seemed only a matter of time before Rangers’ breached the Hull rearguard. Smith’s header was saved, Sylla hit the post before Smith rose majestically to head in an inch perfect cross from Freeman. 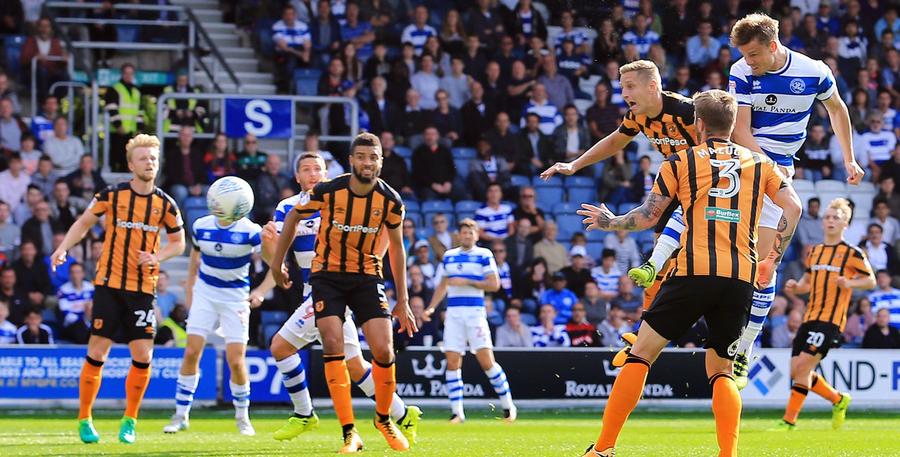 Rangers sensed blood. Even though the injured James Perch could hardly walk yet refused to leave the field, the momentum was all with Rangers and as Washington raced clear and lifted the ball over the advancing Allan McGregor in the Hull goal, Sylla was there to apply the finishing touch. Cue delirium. There was little sympathy for McGregor, who’s finger wagging rant at the linesman in the second half was completely out of order and rightly deserving of a yellow card and all the abuse that came his way thereafter. 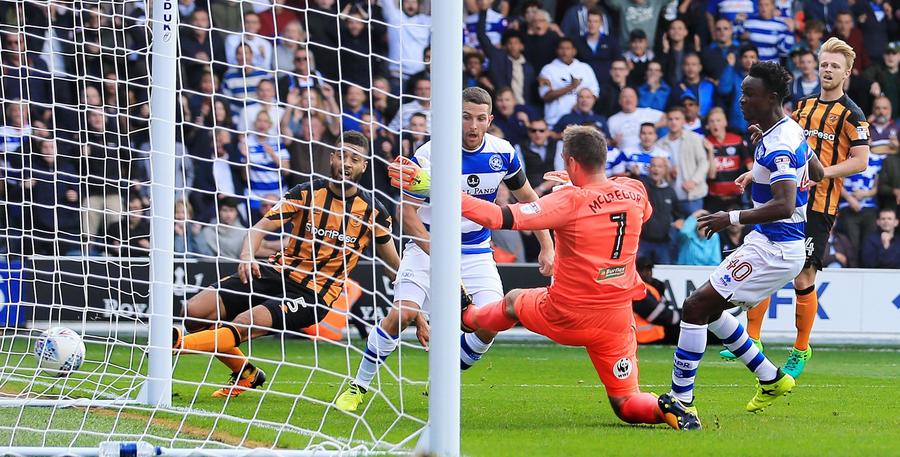 With six minutes of injury time remaining, Hull woke from their slumber. A late corner was somehow kept out by a combination of the diving Alex Smithies in the Rangers’ goal and bodies flying everywhere in front of him. Determination to the death, a team playing in their manager’s image.

The final whistle marked a fine Rangers’ victory and a rare one in that it came from a losing position, not often seen in these parts of West London. It could be argued that this only really stemmed from a somewhat unusual tactical shift from Hull, whose supporters would have been equally frustrated to learn that another of their leading players, Sam Clucas had been withdrawn from the team in advance of the match prior to a proposed move to the Premier League, allied to a growing injury list.
Tough times for the Tigers. A real result for the Rangers.
QPR (3-5-2)  : Smithies 7; Perch 6 Onouha 7 Baptiste 6 (Wszolek 6) ; Lualua 6 (Smith 7) Scowen 7 Luongo 8  Freeman 7 Bidwell 6; Washington 6 Mackie 6 (Sylla 7)
Subs (unused) :  Ingram, Furlong, Manning, Borysiuk
Posted in Sports and tagged football, Hull, QPR