Skip to content
Amidst all the fanfare and fantasy signings, it could be easy to become caught up in frenzied hysteria as Wasps prepare to begin the new season.

Marquee signings such as the dashing charismatic Kurtley Beale, Willie Le Roux and Kyle Eastmond, have been announced, as well as ten others, and learned scribes, pundits and bookmakers are all predicting a comfortable top 4 finish and success in Europe, to emulate last season’s rather unexpected successes.

But hold on, there is a need to exercise some caution here. Rugby is a game of fine margins. Last season’s successes were based on solid team performances but only really made possible by the sprinklings of magic from the exceptional Charles Piutau and evergreen George Smith, both of 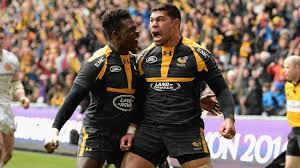 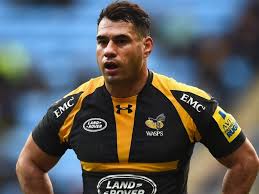 whom have now departed the club. In addition seasoned international campaigners such as Bradley Davies, Lorenzo Cittadini, Andrea Masi and Siale Piutau have also left. Add to that list, injuries to James Haskell, Kiernan Myall and Thomas Young as well as Beale and Eastmond, then it could be argued that Wasps actually start the new season in a far worse state than they ended the last.

Every team wants to hit the ground running and get off to a good start. Wasps are no exception. However, they will be relying largely upon their plethora of English qualified talent, all now a season older and wiser, players who have come through the hard times and are now reaping the rewards for their loyalty and efforts. These include new skipper Joe Launchbury, Sam Jones, Joe Simpson, Elliot 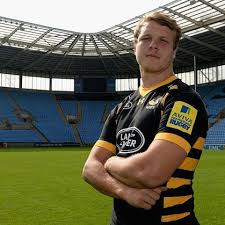 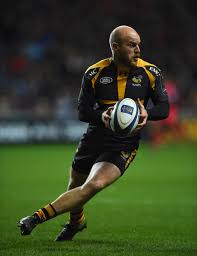 Daly and Christian Wade, all of whom form the true heartbeat of the club. Add to that the more recent recruits such as Matt Mullan, James Gaskell, Guy Thompson, Dan Robson and Rob Miller, plus the talismanic cult heroes Ashley Johnson and Nathan Hughes, then there is genuine hope. These players have overseen the transition to the Ricoh and have developed hugely as a result, with last season’s new boys, Jimmy Gopperth and Frank Halai, proving genuine match winners themselves.

But will that be enough to propel the team to the higher echelons again of domestic and European rugby ?

Every trophy winning team needs an ‘x’ factor to make them stand apart. For Wasps, as the new international stars take time to find their way to the Ricoh and to match fitness, it could be the two new English recruits who might hold the key. Hooker Tommy Taylor seems a real warrior and could make a huge impact but maybe it will be the returning hero who will make the biggest difference of all. Danny Cipriani grew up in the Lawrence Dallaglio inspired glorious Wasps teams of the mid to 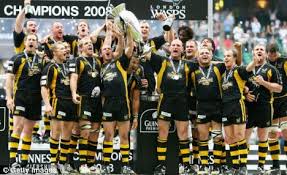 late 2000’s and was a prodigious talent. The club had not seen anything like him before as his pace and skill bestrode all before him prior to his departure to the Southern Hemisphere. However, like James Haskell, he has decided to come back and wear the black and gold once again, and in doing so giving further credence to the “Once a Wasp, always a Wasp” slogan. Never has a return been so eagerly awaited and there is a huge sense of expectation, hope and excitement at how Cipriani might perform. 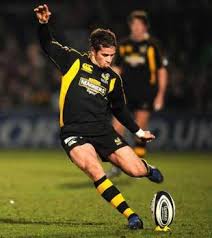 If Cipriani fires then Wasps may be dining in the land of milk and honey once again. If not, then the 25 changes in personnel, including the other new high profile signings, prove to be misguided, then the whole Ricoh razzmatazz could be viewed as something of a shambles. The world of English rugby awaits.
Posted in Sports and tagged Rugby, Wasps